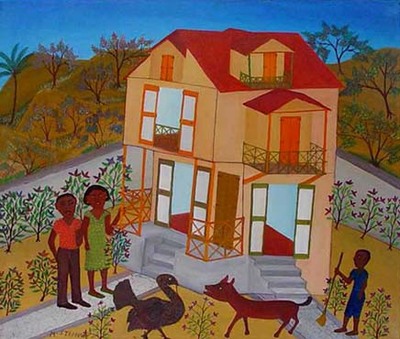 Stephane is considered one of Haiti’s eminent ”primitive” artists, charmingly depicting Haitian family life in flat broad strokes. His colors are carefully chosen to complement a canvas’s subjects, which are so often disproportionate.

After Stephane met DeWitt Peters in 1945, he began to paint at the Centre d’Art and subsequently exhibited in the U.S. and Europe between the years 1961 and 1979.