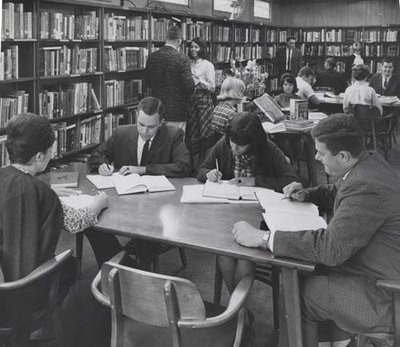 Black and white photograph of the Charles T. Powers Room of Bryant College's Henry L. Jacobs Library at 128 Hope Street, Providence, RI. This room was on the main floor of the library’s annex.

As of this writing, in 2008, 128 Hope Street is the address of the Anthropology Department of Brown University and is known as Giddings House.