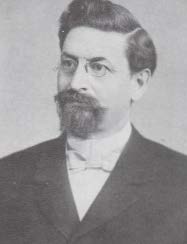 Theodore Stowell was hired as a teacher in 1872 by William W. Warner, owner of Bryant and Stratton at that time. Stowell had earned a distinguished academic reputation from his years at Connecticut State National College at New Britain. Within a few years of his hiring, he became principal.

In 1878, Stowell bought the college and charted a new course for Bryant and Stratton Business School. He remained in charge for thirty years and developed Bryant and Stratton into one of Rhode Island's most highly respected schools for quality business programs and integrity of leadership. During the 37 years Stowell owned Bryant it operated out of the 4th floor of the Hoppin Homestead building located at 283 Westminster Street in Providence, RI.