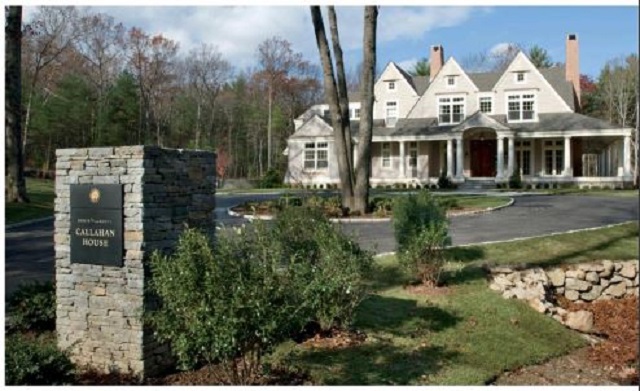 The Callahan House is the residence of the President of Bryant University. Bryant Trustees wanted to build a larger residence than the original home that would allow space for hosting university dinners and events. Its dining space seats sixty people with added space for socializing before dining.

Named for former trustee John D. Callahan ’56, ‘05H, the Callahan House was dedicated on November 21, 2008, and became the residence of its first occupants, President Ronald and Kati Machtley and family. Its architect is Paul Weber and builders are Woodmeister Master Builders, Inc.