A chapter included in the book titled, Cultures of Memory in the Nineteenth Century edited by Katherine Haldane Grenier and Amanda R. Mushal.

Paul or Charles Geniaux’s photograph, Young Boy in Front of the Chapel of Perros-Hamon (c. 1900), is this chapter’s starting point for thinking about the cultural roles played by religious and commemorative maritime imagery of the French North Atlantic in greater global ocean ecologies. Comparisons are made to paintings and material culture from Brittany that either remember the lost at sea or serve as votive offerings to chapels. Votive boats such as the one held by the boy are posited as part of a “gift economy” that maintains social bonds, rather than the global fishing economy into which the boy is entering. The influence of Pierre Loti’s Iceland Fishermen on popular opinion, as well as Vincent van Gogh, is considered. 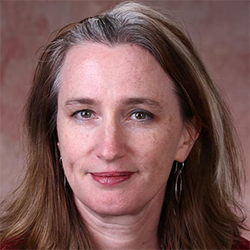