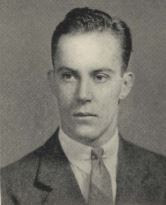 Letters displayed here were written by, or in regard to, David P. Etzel to the Bryant College Service Club.

In 1943, David P. Etzel was commissioned a second lieutenant in the United States Army having graduated from the Adjutant General's Office Candidate School, Fort Washington, MD.