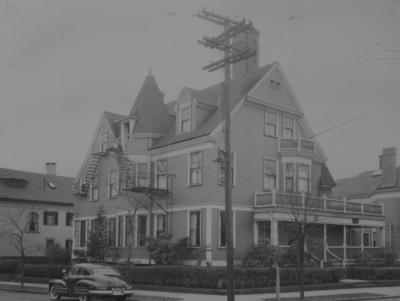 Photograph of Stowell Hall located at 10 Young Orchard Avenue at the corner of Cooke, Providence, RI. Stowell Hall was purchased by Bryant in 1963 from the estate of Henry Jacobs.