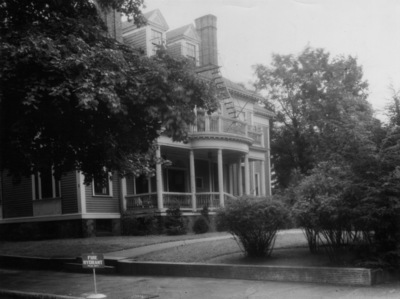 Salisbury Hall, located at 8 Young Orchard Avenue, Providence, RI, was a residence for women at Bryant College's former East Side campus. Salisbury Hall was named after Everett E. Salisbury, Bryant Class of 1883 and recipient of an Honorary Bryant MBA in 1928 and an Honorary Bryant doctorate in 1938. An agent and manager of Atlantic Mills in Olneyville, RI, Salisbury had been a member of Bryant's advisory board and president of Bryant's alumni association.

Salisbury Hall was acquired by Bryant in 1939 and sold to Brown University in 1969. It was removed shortly thereafter to make way for more modern residence halls.