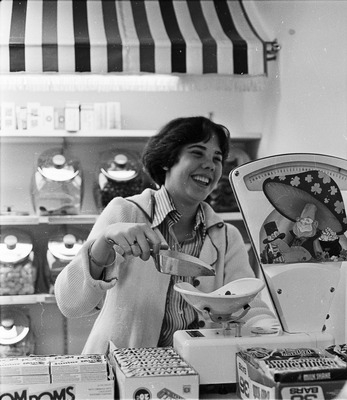 From 1974-1986, a Bryant "Candy Store" was located on the main level of the Unistructure in the space across from the Admission Atrium now occupied by an expanded Faculty Suite A. In addition to candy bars, penny candy, and munchies, cigarettes could also be purchased here. In the fall of 1986 the store was moved to the newly opened Bryant Center, which was renovated and rededicated as the Michael E. '67 and Karen L. Fisher Student Center in 2013.