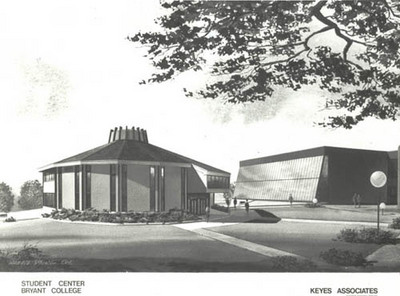 Architectural rendition of the student center which became known as the Communication Complex in 2005.

Rendition is by Keyes Associates.