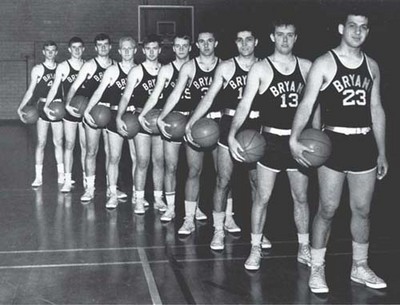 Quoted from the 1965 Ledger: "The 1964-1965 edition of the Bryant "Indians" was the finest squad ever floored by Bryant College. The team worked long and hard for their school and their new head coach Tom Duffy. The team compiled an excellent record of 16 wins against only six losses."