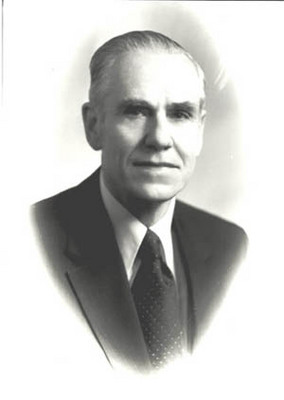 George C. Craig was associated with Bryant pretty much his entire life. He graduated from Bryant in 1929 with a Bachelor of Science in Business Administration. He was president of his class and was also a member of Beta Sigma Chi Fraternity. Shortly after graduating from Bryant, George was hired by Bryant as a Career Counselor. Moving up through the ranks he soon became College Bursar and then an Admissions Counselor. In 1968 he was appointed Dean of Admissions and in August 1973 was named Secretary of the Corporation of the College by the Board of Trustees. In 1975 George received an honorary Doctor of Science in Business Administration at Bryant's 112th Commencement, May 17, 1975.