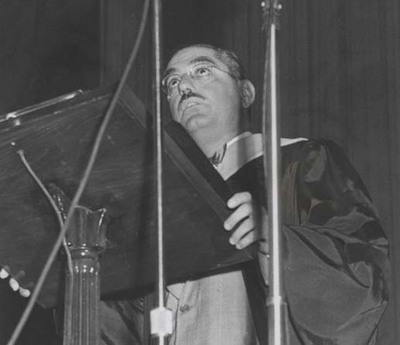 Black and white photograph of John O. Pastore delivering the Welcome Address during the Eighty-Sixth Annual Commencement of Bryant College on August 5, 1949, which was held in the Albee Theatre in Providence, RI.